Who is Hazrat Abdolazim?

Abdolazim,P.B.U.H., son of Abdollah ibn Ali, is one of grandsons of Imam Hassan and his ancestral geneology with four intermediaries comes down to Imam Hassan. His father was Abdollah and his mother fatemeh, daughter of Oghbatebne Gheys. Hazrat Abdolazim was born in Medina in 173 H. and the life of that pious man was concurrent with the leadership of four Imams i.e. Mousa Kazem, Emam Reza, Mohammad Taghi and Ali Naghi. He was present in meetings with Emam Reza, Emam Mohammad taghi and Emam Ali Naghi and Emam Hadi and has narrated many narrations from those saints. Since he is a grandson of Emam Hassan 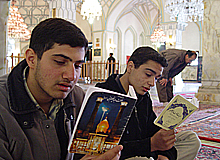 , he is known as Abdolazim Hassani. Hazrat Abdolazim was among shiite scholars and a narrator of narrations of the infallible imams and was salient figure confidante of them and was profoundly aware of the religious matters and Koranic sciences. The adorations made by the Emams of him, displays his scientific personality and character. Emam Hadi referred people with questions to him saying : go to Abdolazim and ask him your question, thus introducing him. In the works of Shiite scholars, there are many homages paid to him and he is introduced as a pious jurisprudent with deep beliefs and clean sanctimoniousness and sanctity. In many narrations, the visit paid to his tomb is tantamount to that of Emam Hossein. The background of migration of Abdolazim from Medina to Rey and abode in aloofness and solitude requires us to seek political, social situation of that era. The Abbasid califs made austere behaviors regarding the household of the prophet and one of the fiercest of them was Motevakkel who had deep animosity with the household of prophet and only during his rule, several times the tomb of emam Hossein was destroyed in Karbala and levelled to ground and blocked the people from visiting his tomb. Sadats and Alavites during his rule were in the worst possible situation. Abdolazim, also was not safe from animosity of the califs and his life was menaced several times. Under such austere conditions,Abdolazim came to emam Hadi and presented himself with his religious creeds. Emam Hadi endorsed him and said: you are among our friends. The visit of Abdolazim with emam Hadi was reported to the calif and the order was given to prosecute him. In order to flee , he had to travel surreptitiously from one town to the other till he arrived in Rey and chose the town for residence. The reason why he chose this place dates back to religious, social conditions of Rey at that time, that is to say, when Islam was introduced to various towns of Iran and Muslims embraced Islam in towns of Iran, Rey was from early days one of the centers of residents of Muslims and found particular position as it was a fertile, effluent land. Omar saad,too, martyred emam Hossein in aspiration of leadership of rey. In Rey both sunnites and shiites lived and the southern and south western part of the town was more the habitat of shiites. Hazrat abdolazim entered rey as a stranger traveller and in the sarebanan place went to the home one of shiites( sekkatolmawali alley). After a while, he lived in the basement of the house and did not leave the house so much. He fasted and passed nights praying. Very few shiites knew him and went to visit him secretly but tried to keep it a secret as there was risk for his life. After awhile, more people came to know him but confined the visits to their places. Many sought knowledge and science from him and as they saw him a memory of their emams encircled him with love and passion. Abdolazim was endeared among shiites of Rey and answered their religious questions. This shows he was appointed by emam Hadi and hence people considered his words as that of emams. The final days of his life was accompanied with disease,and that figure of faith and devotion was in bed and the people were anticipating anxiously if he could recover. In one of these days, a dream showed the future happenings: one of the naïve followers of abdolazim dreamed a dream of the holy prophet who said: tomorrow one of my sons will die, take him to Abddoljabbar garden and bury him near the apple tree. Early in the mor 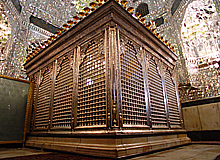 ning he went to the garden to buy the place ,Abdoljabbar also had dreamed similar dream and found out the connection between the two dreams and therefore endowed the place so all shiite dignitaries would be buried there. The same day Abdolazim died and people were clad with black clothes and came to his home. When washing him,a piece of paper was found in his shirt in which his geneology was written. They took him to abdoljabbar garden and his body was buried at the foot of the same apple tree as the holy prophet had pointed to it so part of the prophet would be left there in trust and the lovers of the household of the prophet would benefit from his tomb. 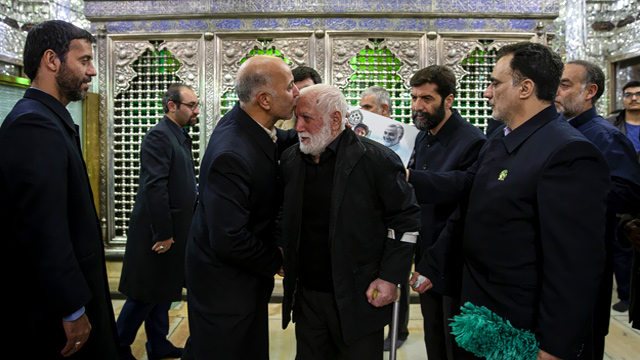 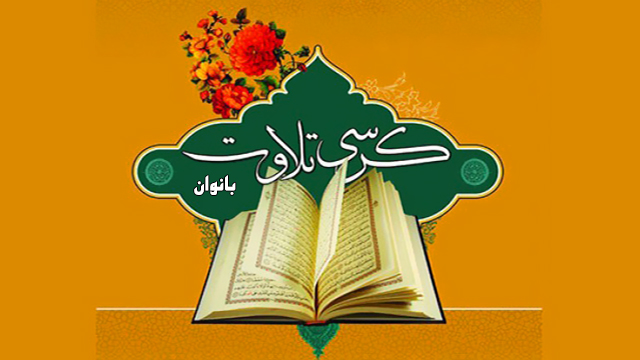 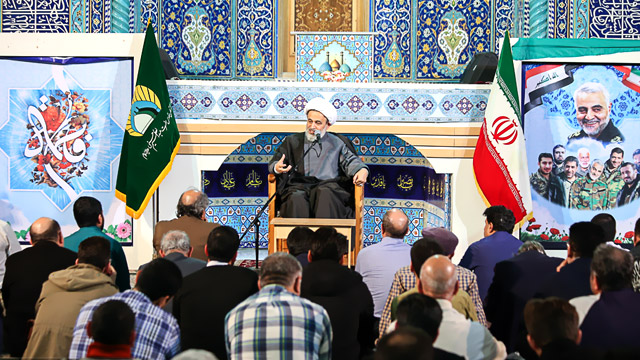 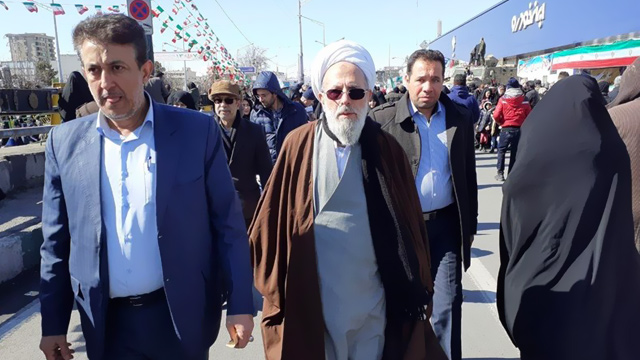 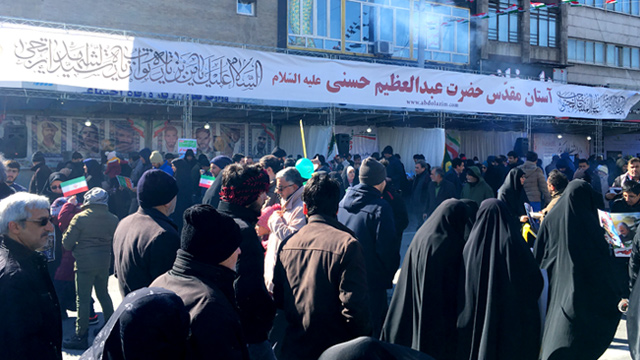