The life of hazrat abdolazim :

includes 4 subjects:
1- the ideas of the abdolazim 2- the reason of coming to rey of hazrat abdolazim 3- compilations of hazrat abdolazim 4- narrations by hazrat abdolazim
1- Ideas : sheikh sadoogh narrates abdolazim as saying that I went to emam ali Naghi, p.b.u.h., when he saw me said: salutes to you, o' Abolghassem, you are indeed our friend and wali. I said: o' Imam, I want to present to you my belief and religion, if it is true and virtuous I will remain in the same religion till I visit God. Hazrat Imam Ali Naghi told me : tell me. I said: it is my belief. There no God but the one God . there is nothing like Him. He is beyond similarity and simile. God is not matter,substance or essence , but the creator of things and visages and creator of substances and essences, is creator and instructor and owner of everything. My belief is that Hazrat Mohammad is the prophet of god and the last of them. And till resurrection there will be no prophet after him. His religion is the last sharia of God and I think the imam and successor to the prophet is hazrat Ali, p.b.u.h. and that after him are his sons till you Moussa, here, ali naghi said: after me hassan is the imam , he asked me:what will people do about the calif after Hassan? I answered; what for? He said: because he will not be seen and it is not permitted to name him until he comes out from the hidden and makes the earth full of justice and equality, when it is full of cruelty and oppression.i said: I also admit the same and say: their friend is friend of God and their enemy is enemy of God. Their obedience is obedience to God and their revolt will be revolt against God. I believe the ascension of the prophet(Meeraj) is correct, question in the tomb by the angels and paradise and hell are all correct. Resurrection day will come and there is no doubt in it. Anyone who is in tne cemetry will be called up and summoned. My belief is that the faraez or things that should be done after welayat of Ali and his household are: prayers, fasting,zakat,Hajj,Jahad,ordering the Maaruf and prohibiting the Monkar. Emam Ali Naghi said: verily this is the same religion that God has chosen for the people. May god help you in this world and the world after to keep to your Ghowl or discourse.
2- The reason of coming of the hazrat abdolazim to Rey and the time of visiting emam Ali Naghi and declaring his opinions to that imam there is no information held by the writers. However, some say possibly the visiting of infallible imam had happened in Samerrah and the ideas of the hazrat abdolazim had been transferred to imam Ali Naghi by some of officials of Motevakkel so, once he was informed, he ordered to arrest abdolazim and when abdolazim found out that the order has been given, fled the town and hid himself away in different towns and villages one after the other and when abodolazim came to Rey found a place of abode in one of shiites' houses. He was discrete in appearing in public and when the shiites of the town found out he had arrived came to visit him hiddenly. People came to ask him questions about the religion and other problems and the hadith of Abu hemad Razi narrated from imam Hadi shows that hazrat abdolazim was the person in charge of religious affairs in this town and was authorized by imam Hadi. Allameh majlesi in Mazar Bahar narrates from Barghi that hazrat abdolazim had aboded in a cellar in the house of one of shiites. In the mornings he fasted and in the nights prayed to God. Sometimes in secret he went to visit the tomb that is now opposite his own tomb and said: this is the tomb of one of the children of hazrat Moussa bin Jafar apparently he meant the same tomb of hamzeh bin moussa bin Jafar. 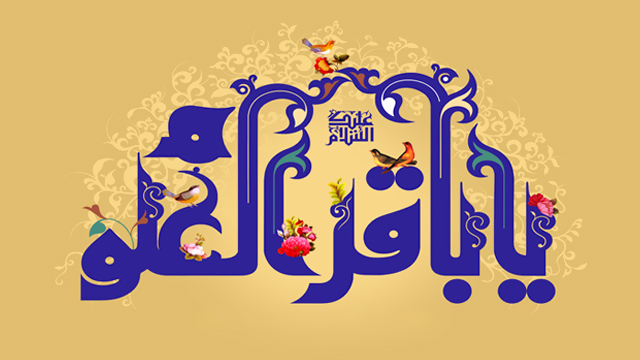 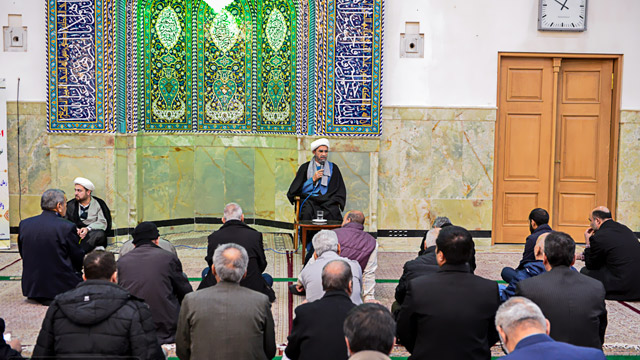 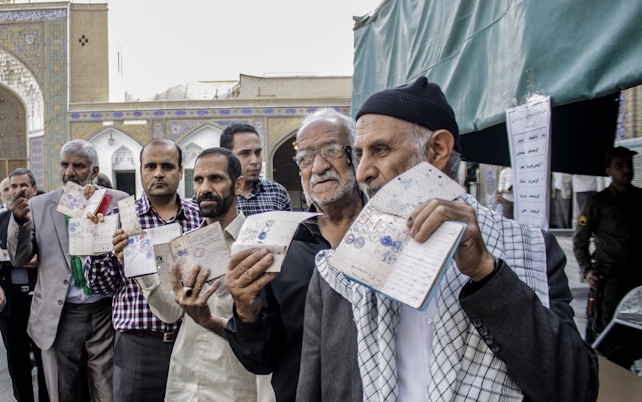